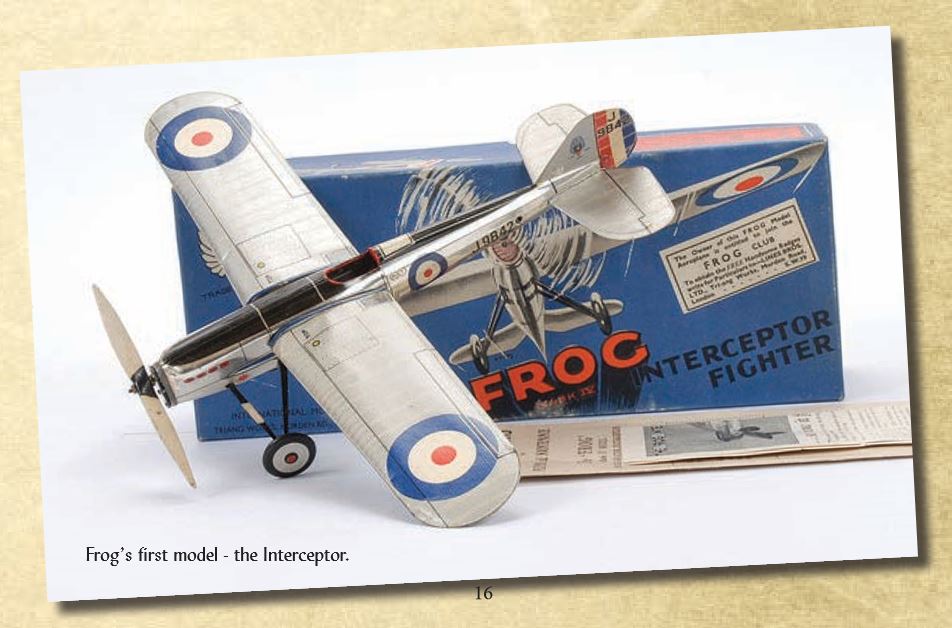 Back in 1948, Southampton became the centre of attention in the aeromodelling world when the local firm of Wilmot and Mansour in Salisbury Road started to produce ‘JETEX’ model aircraft powered by their unique JETEX motor…

…This power unit had been developed from the rocket motor designed during the war to power target aircraft for gunnery practice. Charles Wilmot had been employed by the Admiralty Experimental Department. and had worked at Marwell aerodrome and then Beaulieu. 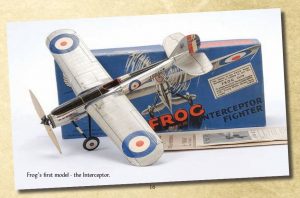 When the war was over the hangar at Beaulieu was transferred to a site in Nutsea Lane and became the headquarters and factory for the firm Wilmot and Mansour. This was not the beginning of the story – their first commercial venture was in 1932 – but before that Joe Mansour had been involved in the building of the Queen’s doll’s house. This masterpiece of modeller’s art made in the 1920s is still on display at Windsor Castle raising thousands of pounds for children’s charities from its 600,000 visitors per year.

Before this period, Charles Wilmot and brother John were busy as schoolboys creating their own aeronautical magazines – ‘Aeroplane Monthly’ and ‘Aeroplane World’. During the late 1920s they began to form ideas about building model aircraft on a commercial scale. Joe Mansour had perfected a moulded paper technique, squeezing a mixture of newspaper and glue through the family mangle in Manchester. The Wilmot brothers had more sophisticated ideas of making their models from aluminium foil.

In 1931 Joe Mansour advertised in ‘Flight’ Magazine for help in setting up a model aircraft business. Charles and John joined him and by November 1932 the production line was rolling. The FROG Mk IV Interceptor was born. The name was an acronym of ‘First to Rise off the Ground’ which Joe Mansour had thought of for his paper models. This was later modified to ‘Flies Right off the Ground’.

Financial help had been called for from the largest toy firm in the world – Lines Bros of ‘Triang’ fame. They helped by setting up International Model Aircraft Ltd in part of the Triang factory in Morden. Adjoining the factory, the Triang football field became the FROG aerodrome where customers could learn to fly their models. The Interceptor was a remarkable model – it bore a striking resemblance to the Supermarine Schneider Trophy racers and was a scale model of a Napier-engined high-speed interceptor.

As a model, it was quite unusual with its delicate gearbox allowing a small propeller to be used. Its rubber-band motor was wound up by mean of a geared mechanism built into its carrying box.

Since Triang had worldwide outlets for its toys, the interceptor was, by 1933, being produced in the colours of many different countries’ air forces and was being built at the rate of 800 per day. The price of 10/6 was reduced to 7/6 and eventually 5/-. It was in continuous production up to 1940. In 1934 the next scale model was introduced. This was the D.H. 80A Puss-Moth, made famous by the long distance flights of Amy Johnson, Bert Hinkler and Jim Mollison. In 1935 the most advanced model yet was ready. This was the Hawker Hart which had three rubber motors geared together and the rigging was sprung to minimise damage. This complex model almost ruined the company with its production difficulties.

Alongside these scale models, simpler, lighter planes were introduced. By 1936 modellers were becoming interested in building their own planes. The first FROG kits were introduced, and were of very high quality, with die cut parts, printed tissue, dope and brushes.

Also at this time a new type of ready to-fly model was produced. This was a development of Joe Mansour’s original Frog – a moulded paper fuselage with balsa wood wings. These were much lighter and easier to produce than the Interceptor. They were made in very large numbers – Imps, Avengers and Raiders could all be bought at Woolworths. The larger Spitfire, PV6 Dive-Bomber and the Wellesley were more expensive and sold at the better toy shops. In 1938, another milestone was reached with the production of the first plastic kits called ‘Penguins’ (a penguin being a non-flying bird, to distinguish it from the flying Frog models). These were moulded in Bakelite but were very detailed, with retracting undercarriages, etc. It was 20 years before the rest of the world caught up.

Then came the Second World War… The Frog factory under Joe Mansour’s leadership was busy making millions of aircraft recognition models for the Services, but it also kept the production line of the ready-to-fly Spitfire models in operation. Charles Wilmot was busy with the Admiralty designing target drones for gunnery practice, which were then produced by International Model Aircraft. A rocket-powered target plane was developed and this gave them the idea for a miniature version to be produced when the war was over. The new ‘JETEX’ models arrived in 1948. The first Jetex motor was the 100 model, but the range was quickly expanded to give 50, 200 and 350 sizes, all powered by the fuel developed by the chemical company ICI for the target drones.

During the lean post-war years, much foreign currency was earned as exports took 55% of production and Frog models  were sent all over the world. Production in Southampton carried on until 1955 when the packaging side of the business outgrew the model side. Joe Mansour and Jetex moved to Kent and continued in production for another 10 years, when difficulties with fuel supplies finally stopped further development.

One thought on “The Jetex Story”